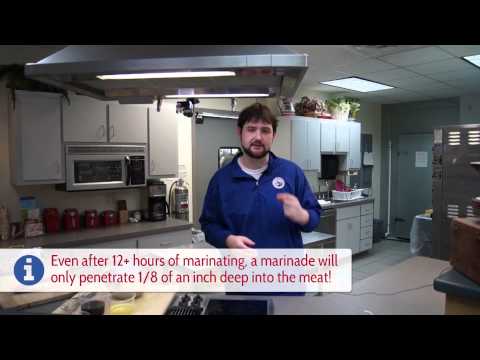 Many home cooks will put their meat in a plastic bag, cover it with marinade, and let it sit in the refrigerator overnight. The thinking behind this long marinade is that with enough time, the liquid will penetrate the entire piece of meat and infuse flavor evenly throughout the meat. This is unfortunately untrue. According to studies performed by food scientists, even after letting meat soak in a marinade for 8 days, the liquid marinade penetrated less than 1/8″ into the meat!!

Also as part of this myth, people believe that soaking the meat for a long period of time is necessary for the marinade to work. Since soaking for 8 days only penetrated less than 1/8″, this obviously isn’t true! The truth is that the marinade only needs to be on the meat long enough to cover the all the surfaces of the meat. In a few quick seconds, the marinade will coat the outside of the meat, including all the nooks and crannies, and be sucked up through the capillaries in the meat. So rejoice last minute planners! The truth about marinating meat, is that you can whip up a marinade, cover your meat, and cook almost immediately, no need to let the meat sit in marinade for hours.

Adding acid to meat will break down tough fibers inside the meat and make it more tender, right? So if we add an acidic substance like lemon juice, wine or vinegar to a marinade, it will help tenderize a tougher cut of meat, right? Wrong! Unfortunately, as we discussed, since the meat only penetrates the surface of the meat, it doesn’t have a chance to get deep inside the meat and work on all of the fibers. The acid will tenderize what it touches, but since it doesn’t touch all the parts of the meat, it will actually turn the outside of the meat mushy and leave the inside firm.

Why You Should Still Marinate Your Meat

Now that you know the truth about marinating meat, you ask “Why should I marinade my meat?” Well, marinating still adds rich flavor to the outside of the meat and much of what we perceive as flavor comes from the outside of the meat. Whipping up a quick marinade (or purchasing a premade marinade) will impart flavor above and beyond what the meat itself possesses and this isn’t a bad thing at all. Plus, most marinades can also work well as a sauce to pour on top of meat once it is finished, adding extra juiciness to the meat. To make a sauce out of a marinade, a good rule of thumb is to add marinade that hasn’t been used to marinate meat to a sauce pan, bring it to a boil, reduce the heat to keep the liquid at a boil, and then let it simmer until it reduces by half.

How to Make a Bomb Diggity Marinade at Home

Marinades come in all sorts of flavors and it’s easy to purchase a premade marinade to match your desired flavor profile. However, it’s often more fun to make one at home to show off a bit of your culinary skills. Marinades are super easy to make and have 4 main ingredient classes. Within these classes of ingredients, you can customize as you like. Watch this short video clip to see me explain what the ingredients are: 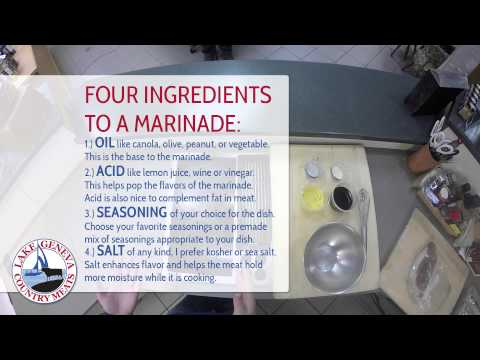 Once again those ingredients are:

My base recipe (which is big enough for most steaks or chicken breasts and I double for things like roasts, etc.) is 1 cup of oil, 1 cup of acid, 1 tablespoon of seasonings (so if you use two seasonings make them add up to 1 tablespoon), 1 tablespoon of salt, and 1/2 tsp of black pepper. I know the black pepper is a seasoning, but I don’t count it towards the 1 tbsp of seasonings because I think it’s essential to any dish! This is just a guideline, so please customize and play with this at home. To see a simple red wine marinade that I frequently use at home, click here to view the recipe.

Summing Up The Truth About Marinating Meat

So the truth about marinating meat is that while it doesn’t penetrate the entire cut of meat or make less tender meat more tender, it still is a useful culinary tool to add rich flavor to any dish. We’ll keep marinating meat at LGCM and I’ll still use it in my home cooking, but now I’ll save time by not trying to marinade meat overnight when it doesn’t help anyway! Let me know your favorite marinades in the comments below, and for more information, check out the further reading section.

Thanks for reading and see you soon at LGCM! 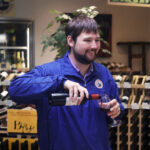 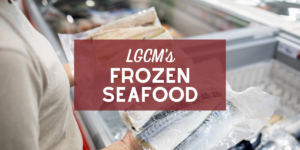 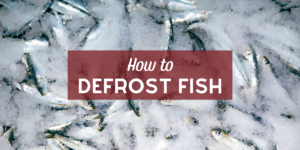 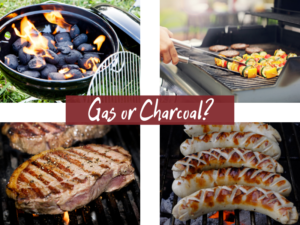 Answering all of your Brat Questions